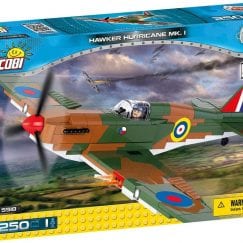 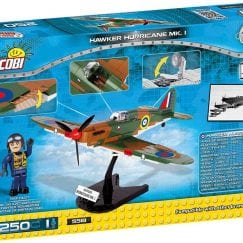 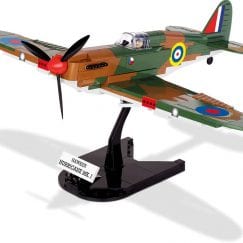 Build the Hawker Hurricane, the plane (along with the Supermarine Spitfire) that helped the RAF win the Battle of Britain, brick by brick!

The Hawker Hurricane is a British single-engine fighter plane. It was unique for the time because of its metal construction with partial canvas covering.  Although work began on the Hurricane in 1933, by the time the aircraft was produced in 1937, it was technologically outdated. The Spitfire, produced simultaneously, was much more modern. When World War II began, the Hurricane was the basic RAF fighter plane, because of its simple construction.  In all, some 14,483 Hurricanes, in 24 variations, were built by the time the last one was produced in July 1944.

Did you know? That nearly two thirds of the combat aircraft flown by the RAF during the Battle of Britain, were Hawker Hurricanes.

The set includes a model of the plane, a figure of a pilot and block stand. The plane has a rotating propeller, retractable landing gear, movable flaps and pilot’s cockpit which can be easily opened to put a figure inside. 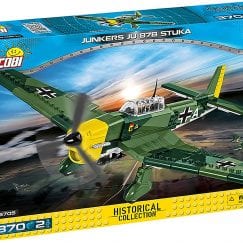 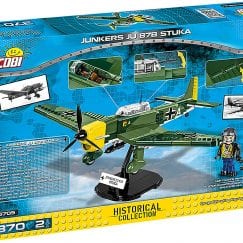 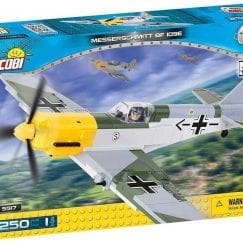 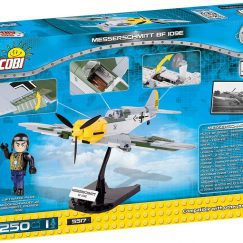 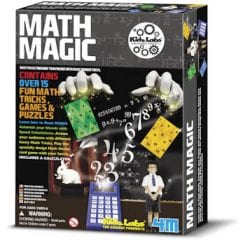